How Long Does It Take to Become Sober After Getting Drunk?

Hundreds of thousands of Americans began 2022 the way they begin most years – with massive hangovers from drinking too much alcohol than is good for them. Many of them will be wondering the same thing: “How long am I going to be feeling like this?” and “How long will it take for me to sober up?”

How Long Does It Take for Alcohol to Leave Your System?

Although it can be affected by several different factors, most people “sober up” at around a similar rate: 0.015% per hour, which equates to 0.25-0.30 ounces of ethanol, or between half to one standard drink of alcohol every hour.

The actual time it takes for someone to sober up is dependent on the amount of alcohol they consumed and the speed at which they consumed the alcohol.

However, the actual rate for the metabolism of alcohol from the bloodstream of each individual can be affected by the following factors:

Most hangovers last for the majority of the next day, with the uncomfortable symptoms slowly disappearing during that time.

The only sure way of avoiding a hangover from alcohol is to drink moderately or, simply, not at all.

Alcohol is undoubtedly America’s favorite drug, and a huge swathe of its population are regular alcohol drinkers.

A nationwide survey commissioned by the American Psychological Association in February 2021 found that nearly 1 in 4 adults reported drinking more during the past 12 months to manage stress caused by the ongoing coronavirus pandemic.

Of particular concern, it was found that the largest increases in alcohol consumption were seen among women with children younger than 5 (323%), Black women (173%), Black men (173%), and Hispanic women (148%).

Additionally, another new study by nonprofit research institute RTI International, which was funded by the National Institute on Alcohol Abuse and Alcoholism (NIAAA), found that general alcohol consumption across the U.S. increased by 39% from February to November 2020.

Binge-drinking increased 30% during the same period.

What is Binge Drinking?

According to the Centers for Disease Control & Prevention (CDC), binge drinking is defined as “a pattern of drinking that brings a person’s blood alcohol concentration (BAC) to 0.08 g/dl or above.” What Happens When Alcohol is Consumed?

Everyone experiences the effects of drinking alcohol differently. However, certain things generally occur when a person’s alcohol consumption is too high, including drunkenness and hangovers.

Alcohol’s effects on the body, and importantly, the brain, begin when the first sip is taken.

Here are the most common temporary effects you will notice when consuming alcohol:

Effects of Alcohol on The Body & The Brain

Several of these effects will appear relatively quickly, often after the first drink, such as a more relaxed mood or lowered inhibitions.

However, other effects, such as slurred speech or the loss of consciousness, normally develop after several drinks.

Effects directly related to dehydration (a common side effect of drinking alcohol), such as nausea, headache, and dizziness, may not appear for a few hours and mostly depend on what you drink and how much, and if you also drink water.

Although the effects of alcohol are temporary, several of them can lead to dangerous or unwanted situations.

For example, impulsiveness, a loss of coordination, and changes in mood can affect both judgment and behavior, which could include accidents (such as automobile crashes), injuries, and unsafe sex.

What is the Scientific Advice for Drinking Alcohol? Guide to Alcohol Content of Different Beverages (by Unit of Alcohol)

Alcohol consumption is measured – in both the field of medicine and the U.S. legal system – by an individual’s blood concentration level – known as BAC.

BAC is defined as “the percentage of alcohol (ethyl alcohol or ethanol) in a person’s bloodstream. It is calculated in grams per 100 mL of blood, so a BAC of 0.08 means your blood is 0.08% alcohol by volume.

BAC can be measured from either blood, breath, or a urine test.

In the case of a Breathalyzer™, the average blood-to-breath ratio is legally considered to be about 2100:1. Therefore, this means that 1 mL of blood has 2100 times more ethanol than 1 mL of air from the lungs. Driving Under The Influence (DUI)

In U.S. legal terms, the BAC for being charged with driving under the influence (DUI) is considered to be 0.08%.

An individual with a BAC of 0.08% is considered inebriated and unable to operate a vehicle safely in the eyes of the law.

Many regular drinkers may not even feel any effects at this level of alcohol consumption; however, they will still have the same impairment as light to moderate drinkers.

Furthermore, it is worth remembering that the number of drinks an individual consumes is not an accurate guide to their level of intoxication.

What Happens When Alcohol Consumption Stops?

Once alcohol consumption ends, the body will slowly start to metabolize the alcohol in the bloodstream, thereby steadily lowering the BAC. For someone who has consumed too much alcohol inevitably ends up with a hangover.

Commonly, people experience several of the following symptoms during this process:

Additionally, people who have been drinking heavily for an extended period often experience alcohol withdrawal symptoms even after their initial hangover passes. 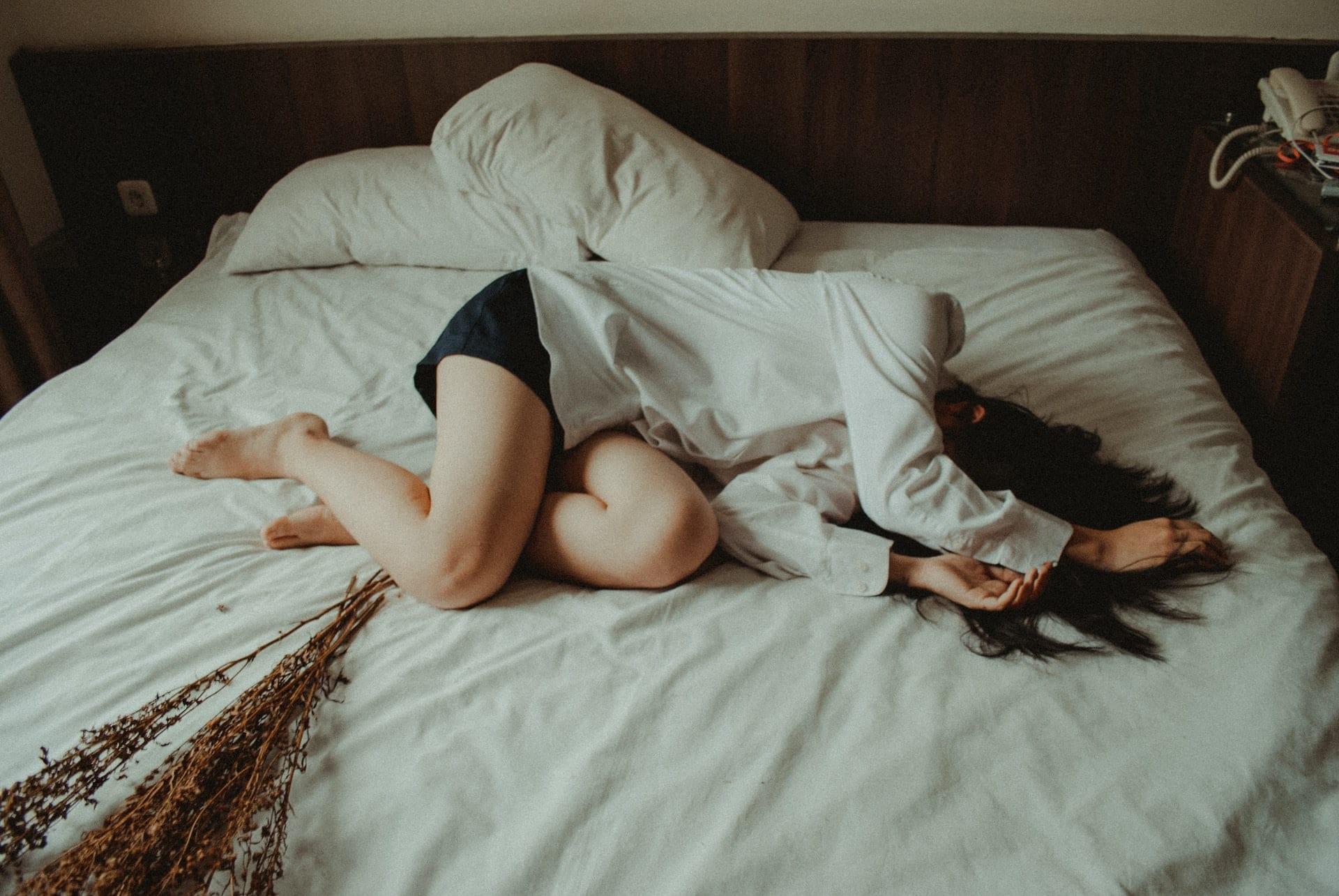 Sobering Up After Drinking Too Much Alcohol

Contrary to popular belief, myths, and old wives’ tales, the process of sobering up from a night of excessive alcohol consumption can’t be speeded up with endless cups of black coffee, cold showers, or “the hair of the dog” – another drink of alcohol.

None of these will affect the time it takes for alcohol to leave your system and for you to feel better.

There is no fast or best method for sobering up, and there is no instant cure for a hangover. The only truth is this: it takes as long as it takes.

The answer to sobering up and getting over a hangover is time, and only time.

How to Prevent Hangovers – Produced by ACS Reactions

Hangover symptoms, however, can be eased by specific medications, such as headache tablets and something to settle the stomach, such as antacids, which work by neutralizing the stomach acid to relieve an upset stomach.

Additionally, eating food and drinking plenty of water to rehydrate can help your body return to normal.

The Power of Sleep

If there is a “best way” to sober up, it’s by sleeping. It won’t speed up the process whatsoever, but it will allow your body to rest and recover.

If you can’t avoid drinking alcohol, you must learn to “drink smart.” Changing how you drink can help you avoid getting drunk and the morning-after hangover.

Here are our 7 ways to prevent alcohol intoxication or avoid getting too drunk on a night out:

* You can even use a simple phone app now to keep an exact count of the number of drinks you consume. Apps such as DrinkControl or the University of Michigan’s Stay In The Blue will do this for you.

Are You Concerned About Your Alcohol Consumption?

The DSM-5 (Diagnostic and Statistical Manual of Mental Disorders: 5th. Edition) states that you may have an alcohol use disorder if you find yourself experiencing two or more of the following during the previous month:

It all depends on the amount of alcohol you consume. For example, after a night of heavy drinking, it can take your body more than 18 hours to completely sober up.

Eating after drinking alcohol will not help sober you up any quicker or cure your hangover.

Food may make you feel better by providing nutrients to your body, but it will not affect your BAC. However, eating before or while drinking can help slow the absorption of alcohol.

How you can drive after drinking alcohol depends completely on your consumption. If you had one standard drink, your BAC should return to 0 within 1-2 hours.

However, as mentioned previously, if your BAC is 0.20% or higher, it can take 13 hours or more to sober up.

To be safe, you shouldn’t drive until the alcohol in your blood has metabolized completely to prevent a DUI conviction.

No, this is impossible. There is absolutely no way to speed up how quickly your liver breaks down the alcohol in your bloodstream. You have to let your body do the work and give it time.

For every standard alcoholic drink you consume, you should drink 1 x 8-ounce glass of water to prevent dehydration.

Drinking water will also limit how much alcohol you drink, and it does help with the ensuing hangover.

At SpringBoard Recovery, we accept most major health insurance coverage. Our clients travel from all over the U.S. to receive personalized treatment with us, with many staying in our on-site, substance-free Recovery Housing accommodation.

Contact us today to learn more about how we can help you.