On September 27, 2021, the U.S. Drug Enforcement Agency (DEA) took the rare step of issuing a national Public Safety Alert as millions and millions of counterfeit prescription pills – containing fentanyl and methamphetamine – continued to flood across the Mexican border into the U.S.

In conjunction with the safety alert, the DEA also launched a national public awareness campaign to highlight the crisis, entitled “One Pill Can Kill.”

In TV and other media interviews, the DEA pulled no punches when asked about the role that social media platforms were playing in enabling teenagers and young adults to find criminal drug dealers online and to buy these illicit drugs from them.

In one particular interview on NBC’s Today show, DEA Administrator Anne Milgram specifically called out Snapchat and TikTok, two apps popular with teenagers, for not doing more to combat these illicit sales, and said that the agency would shortly be going to social media companies with specific demands about their individual platforms.

During the interview, Milgram stated, “Social media companies know that their platforms are being used for this. And they need to understand that Americans are dying at record rates, and they need to be a partner in stopping it.” 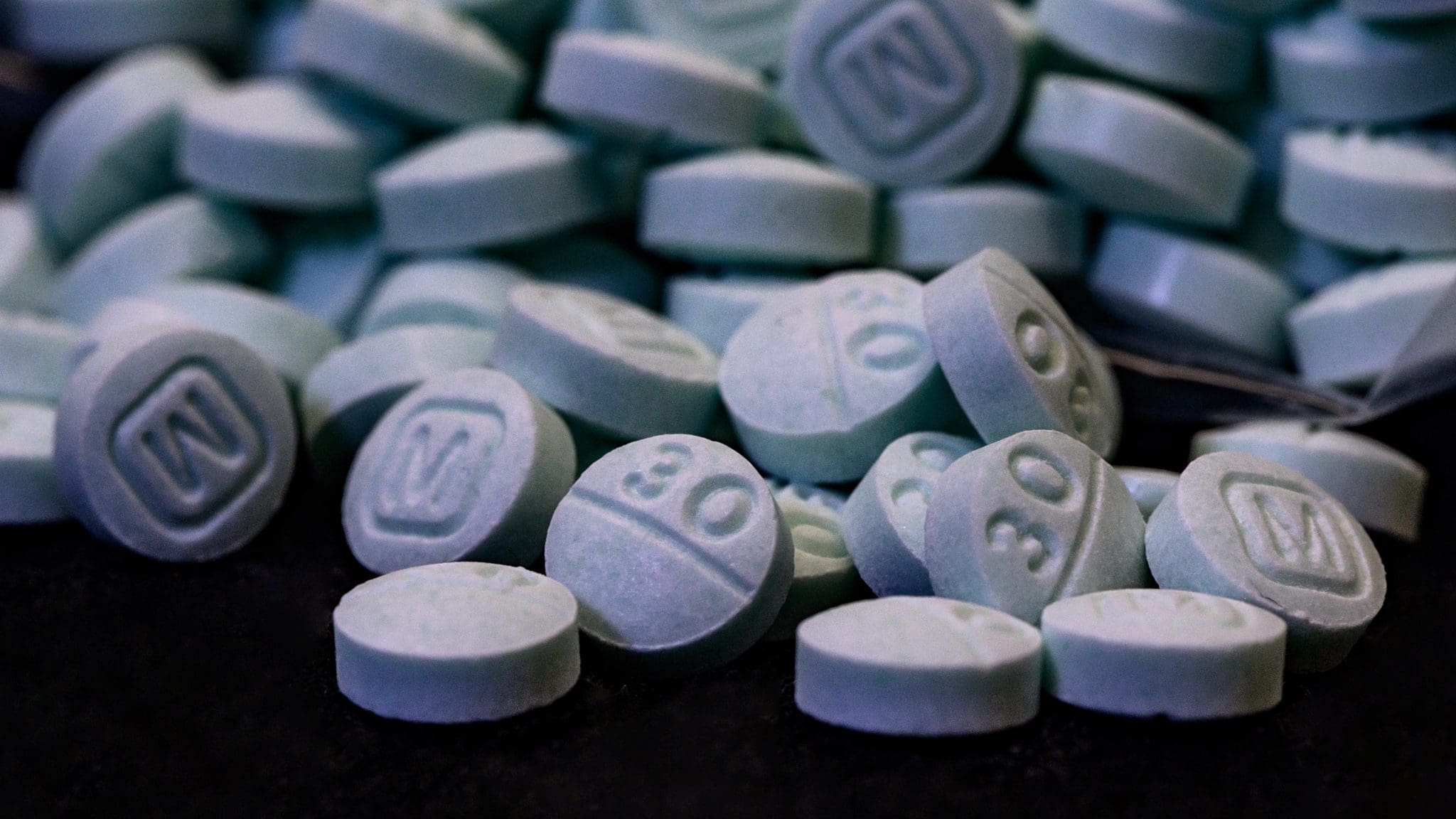 Released on September 27, 2021, the DEA’s Public Safety Alert – “Sharp Increase in Fake Prescription Pills Containing Fentanyl and Methamphetamine” – is a clear and stark warning to all U.S. communities that the trafficking of these deadly counterfeit tablets into the U.S. amounts to a dangerous public health crisis affecting all demographics across the entire nation.

At the time, the public alert stated that more than 9.5 million counterfeit pills had been seized so far during 2021. The alert reads:

“Fake prescription pills – made to look like prescription opioids such as oxycodone (Oxycontin®, Percocet®), hydrocodone (Vicodin®), and alprazolam (Xanax®); or stimulants like amphetamines (Adderall®) – are widely accessible, and often sold on social media and e-commerce platforms, making them available to anyone with a smartphone, including teens and young adults.”

“These counterfeit pills have been seized by the DEA in every U.S. state, and in unprecedented quantities.”

The main objective of the DEA’s “One Pill Can Kill” campaign is to educate the U.S. public about these potentially lethal counterfeit pills – specifically, children, teenagers, and their parents or caregivers.

The campaign’s media toolkit contains many resources, including a group of detailed photographs showing the vital differences between authentic prescription tablets and the counterfeit pills circulating everywhere across the U.S.

Social media platforms have long been used as a private communication tool by criminal entities for trading illegal items, such as drugs and firearms.

Even though the platforms have strict public policies against such activities, endless media reports demonstrate the companies are not doing enough to deter these criminals from using their respective platforms.

“The drug dealer isn’t just standing on a street corner anymore. It’s sitting in a pocket on your phone.” – DEA Administrator Anne Milgram, 2021

DEA Administrator Anne Milgram has specifically mentioned both Snapchat and TikTok several times during recent interviews, making it perfectly clear to the onlooking public who it is that the DEA feels isn’t doing nearly enough to thwart the criminal drug dealers and protect U.S. children.

As Milgram stated, “We are in the midst, in my view, of an overdose crisis, and the counterfeit pills are driving so much of it. The drug dealer isn’t just standing on a street corner anymore. It’s sitting in a pocket on your phone. Social media is not doing enough to deal with this.”

“Drug traffickers are harnessing social media because it is accessible. They’re able to access millions of Americans, and it is anonymous, and they’re able to sell these fake pills and to lie on those social media sites about that.”

“We know every single day across America that drugs are being sold on these social media sites – Snapchat, TikTok, Facebook.”

They continue to announce the issue is worsening every single day, and are clearly angry about how the platforms themselves have been repeatedly sluggish and ineffective in attempting to control the problem.

Renowned researcher Eric Feinberg found that of 40 drug-dealing Instagram and YouTube accounts identified in 2019, only 10 had been removed independently by tech companies by March 2021.

Feinberg confirmed in an interview that the concern persisted on Instagram and YouTube, but was now also migrating to other platforms popular with young people, such as Snapchat and TikTok.

Her stated that new hashtags, such as “notopainanddepression,” had directed him in his investigations to active drug dealers, several with many thousands of followers.

“This young culture is used to ordering up a pizza or an Uber and you can order up a pill just that easily. There’s so much of it out there, and it’s coming packaged in this deceptive way.” – Jon Epstein, father of Cal, who died from fentanyl poisoning 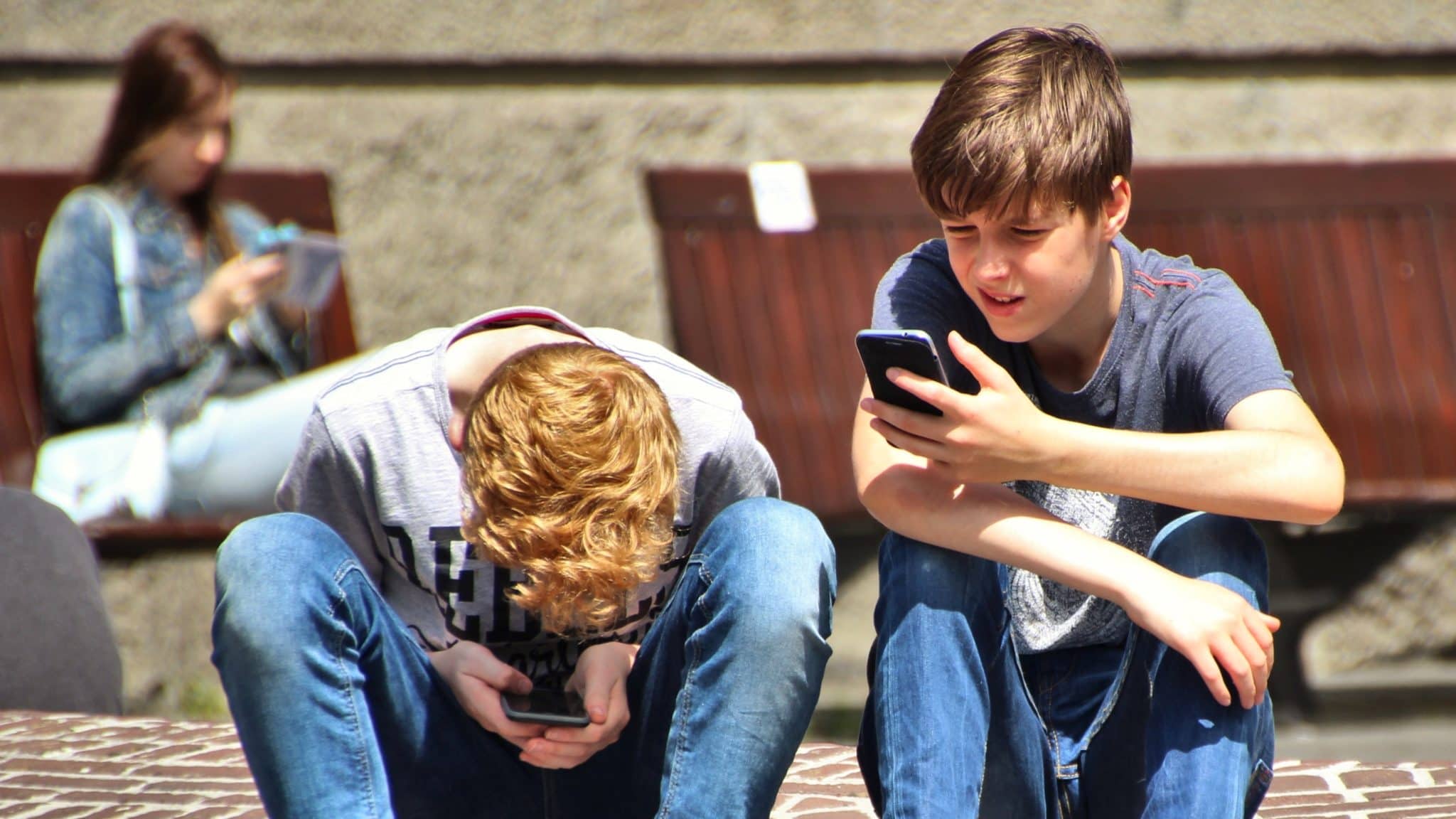 How Do U.S. Teens Use Snapchat to Buy Drugs?

The majority of criminal drug organizations primarily use popular social media platforms, such as Instagram, Facebook, and Snapchat, to illegally advertise their illicit drugs.

They then use simple messaging platforms popular with teenagers and young adults, such as Wickr and Kik, to complete drug deals with their prospective buyers.

The illicit drugs in question are then often quietly delivered right to the front door of the teenager’s home.

What has consistently shocked authorities like the DEA is the sheer ease and simplicity of finding such items on these social media platforms, and the DEA is more than happy to publicly state how little is being done to curtail the online drug trade, let alone actually bring it to an end.

In June 2021, and again just a few days ago (January 24 of this year), a broad coalition of grieving parents and families protested outside the Santa Monica headquarters of Snap Inc. – the parent company responsible for the social media platform Snapchat.

On January 24, the protesting families once again asked the company to accept their role in the fentanyl crisis, and in particular, to convene a 9-member oversight committee of outside experts in law enforcement, public health, and safety, and parents whose children died from so-called “fentapills.”

Fentapills is a word coined by the nonprofit family-run organization, Song For Charlie, founded in memory of Charlie Ternan, a 22-year-old college student who died of fentanyl overdose caused by a counterfeit Percocet pill he had purchased online.

However, Charlie’s death is sadly only one of thousands and thousands of lives lost to the flood of counterfeit prescription pills flooding the U.S., and the relative ease at which young people can access the pills – potentially lethal illicit drugs.

Jaime Puerta found his 16-year-old son Daniel unconscious in bed in their home in Santa Clarita, California, in April 2020, and immediately called 911.

It later transpired that Daniel had taken just half of what he thought was an OxyContin pill that his father believes was bought through Snapchat.

Mr. Puerta believes Daniel “got bored and wanted to self-medicate” during the pandemic.

Since Daniel’s death, Mr. Puerta has spoken to dozens of parents whose children died from fentanyl poisoning.

“None of that is going to work unless you can figure out a way to keep these dealers off the platform,” he said. 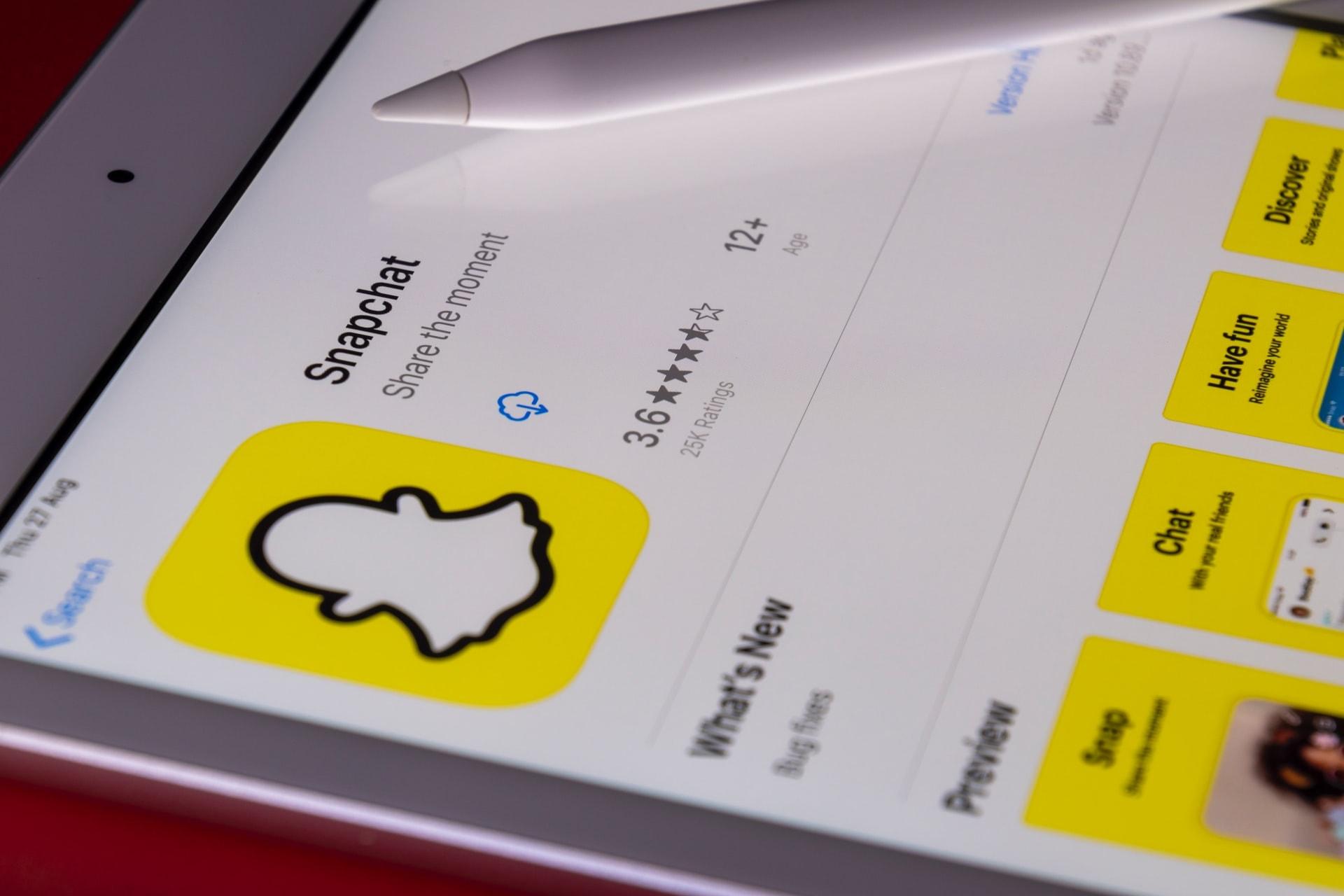 In response to being openly targeted by both the DEA Administrator and hundreds of parents of children and young people who have overdosed after taking one of these counterfeit pills, Snap Inc., the parent company of Snapchat, published a statement, which says:

“The tragic drug epidemic requires urgent action, and we are determined to do our part to eradicate drug sales on Snapchat. We have raised awareness of the dangers of counterfeit pills laced with fentanyl directly in our app to inform young people of the deadly consequences.

We work with law enforcement and partner with parent groups, safety organizations, and experts who inform all of these practices, and we constantly evaluate where we can keep strengthening our work to combat this illegal activity.”

In terms of proactive new features in the app and changes in company policy, Snapchat is concentrating on the issues of education and detection. 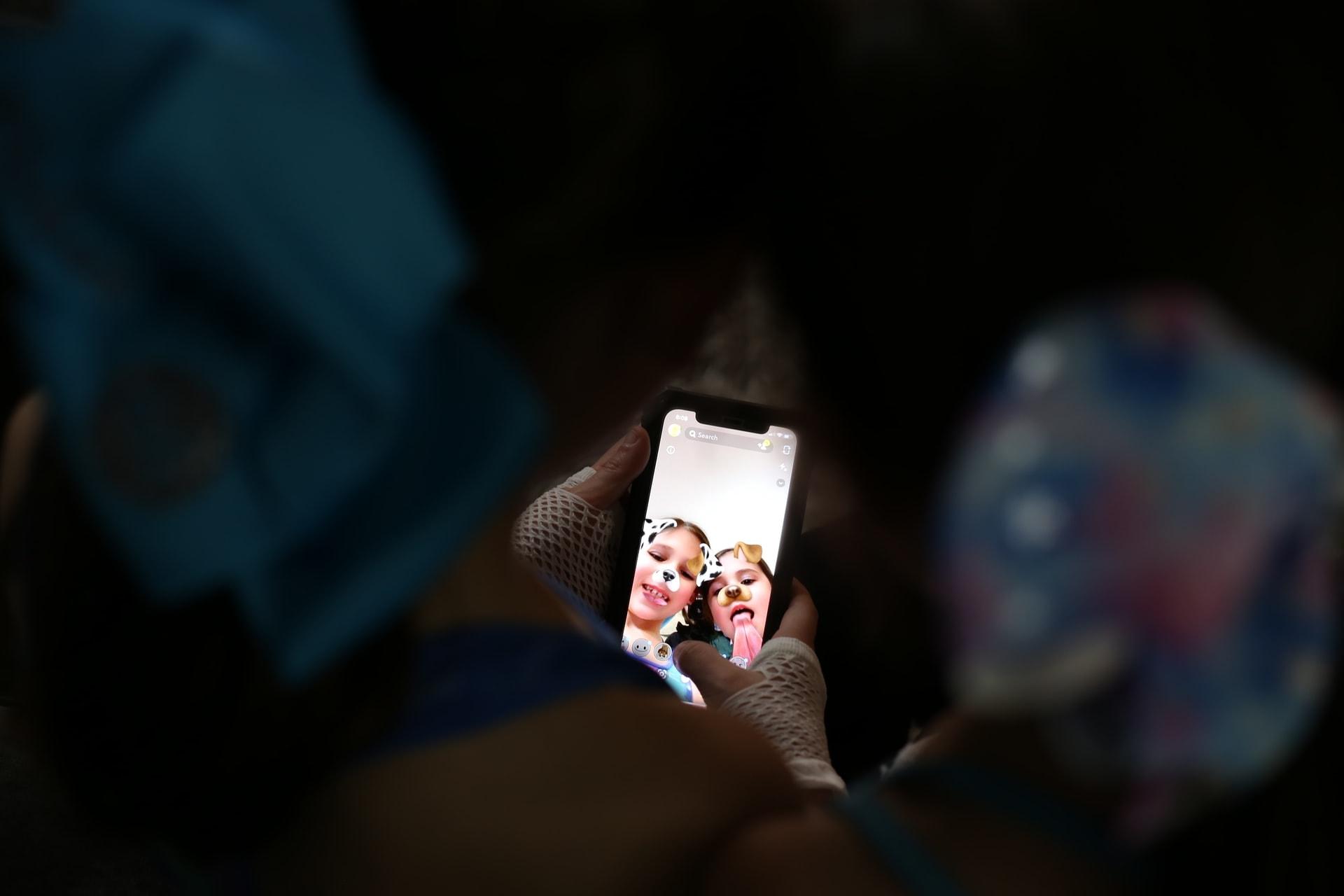 Snap has launched a new in-app education portal called “Heads Up” that provides information and resources to Snapchat users about the serious dangers of drugs, and specifically, the lethal potential of fentanyl.

Most recently, Snap has made it more difficult for drug dealers to find teenagers by altering their “Quick Add” feature for users aged 13-17, so that they are only discoverable by other users who have a certain number of mutual friends.

3. Snapchat’s Improvements to the Detection of Drug Activity

Snaps’ other key strategy is to improve the detection tools it uses to root out drug-related activity on the app. On January 18, Snap reported that over the past year it has increased its proactive detection rate by 390%.

Snap works with DEA agents and outside experts to regularly update their list of drug-related terms and emojis. and partners with third-party intelligence services to scrape for drug-related content across the web that references Snapchat.

However, and quite tellingly, Snap was reluctant to put exact staff numbers to the size of its law enforcement operation.

Samuel Chapman, the father of a 16-year-old boy who overdosed last year after he took fentanyl-laced pills bought on Snapchat, believes the changes will not do much to stop drug-dealing on the app.

“All of these things are easy for drug dealers and for kids to get around. What I find with Snap Inc. is that they publicize one Band-Aid after another,” he said in an interview, “but at the end of the day, you can still go online and get drugs in seconds.”

SpringBoard Recovery is a drug and alcohol rehab center located in Scottsdale (just outside Phoenix), Arizona, and we offer an accredited intensive outpatient drug treatment program, helping our clients successfully recover from a range of substance addictions.

We accept most major health insurance coverage, and clients travel from all over the U.S. to receive their personalized treatment with us, with many staying in our on-site, substance-free Recovery Housing accommodation.