Pros and Cons of Recreational Marijuana in Arizona

Marijuana has been decriminalized in one form or another in the District of Columbia and 30 states. Most of these states allow for the possession and use of marijuana for medicinal purposes, but eight states and the District of Columbia have passed laws that allow residents to use recreational marijuana. The question people are asking is whether or not recreational marijuana should be legalized in Arizona, so we will examine the pros and cons of doing so now. 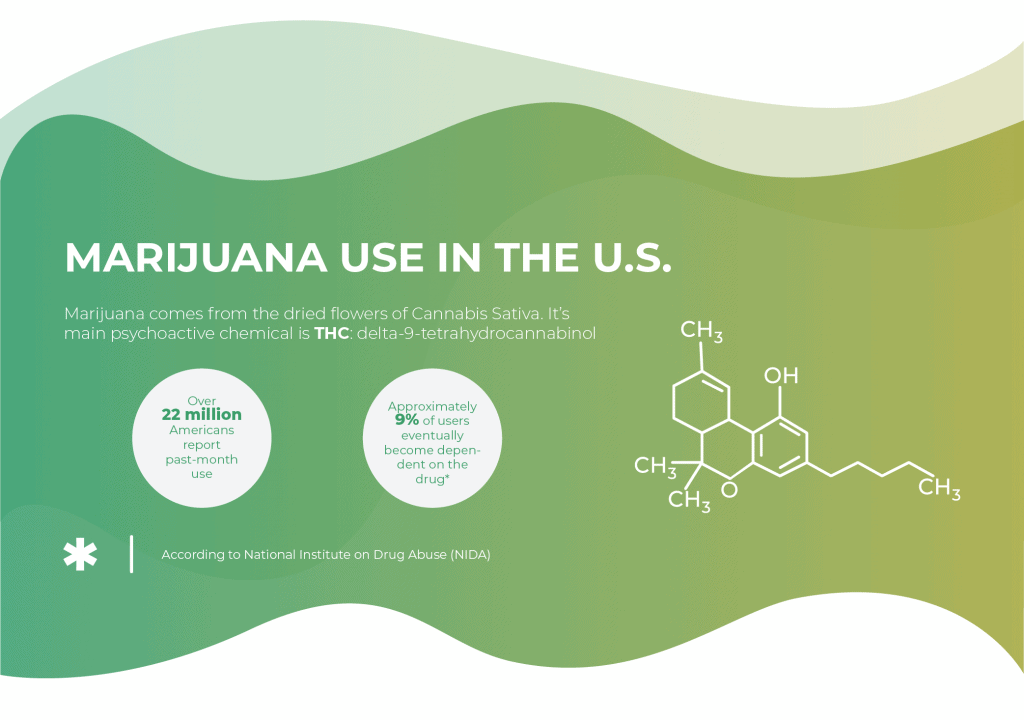 The Pros of Recreational Marijuana

State governments are always looking for a way to increase revenue, and some believe that the taxes they could collect on marijuana would accomplish this goal. As an example, Colorado has determined that the legalization of marijuana could lead to millions of dollars in extra taxes from the sale and distribution of the substance. 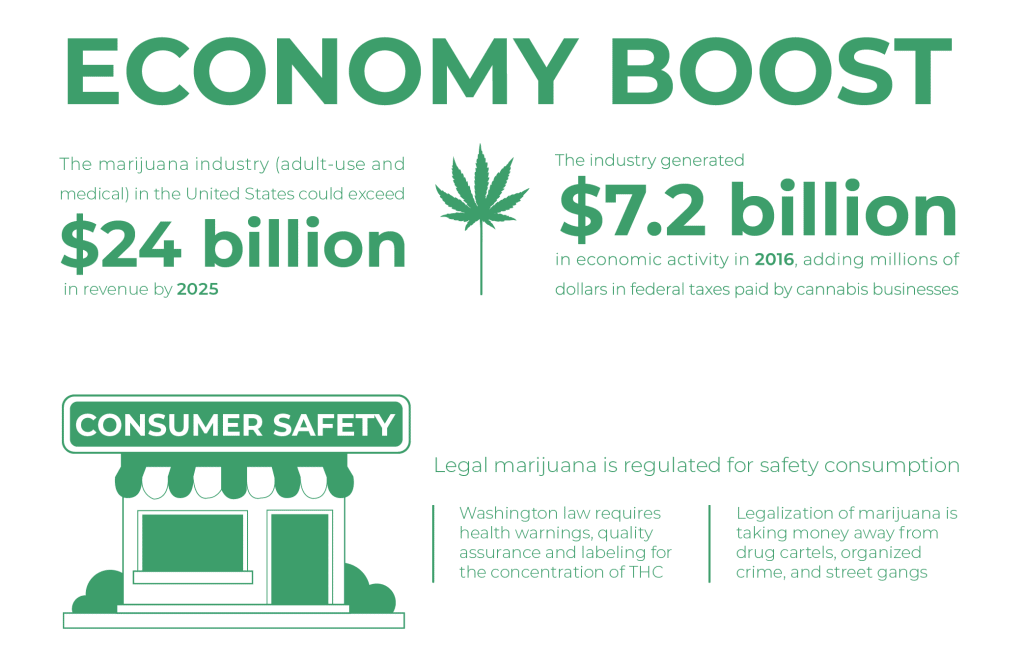 With marijuana legalized for recreational use, police officers would be able to spend their limited dollars and resources on the enforcement of more serious crimes. The criminal justice system would benefit because its members would be free to focus on violent crimes rather than drug-related crimes. The prison system would also be relieved of those serving time for marijuana offenses and have more room for violent offenders.

Decrease the Revenue of Organized Crime

With legalization of recreational marijuana, less money would be going to organized crime units. Some people even believe that violence associated with marijuana would decrease because sales of the drug wouldn’t be as lucrative.

Marijuana that is bought from a stranger on the street can be laced with dangerous substances. If marijuana is legalized, the risks involved in smoking something that is laced with something else would be lowered as marijuana would be regulated.

STRUGGLING WITH A DRUG PROBLEM?

Medical professionals state that marijuana is an effective treatment for multiple sclerosis, post traumatic stress disorder, Crohn’s disease and epilepsy. Legalization would mean that more people would be able to receive the relief that they need from symptoms of these diseases without having to necessarily have a current prescription. Patients who are undergoing chemotherapy also have been known to react particularly well when they smoke marijuana.

A person’s autonomy is infringed upon as marijuana continues to be illegal. Some people believe that it is up to each individual to decide for himself whether or not to take the risk of consuming marijuana.

Right now, someone who has been cheated by a drug dealer does not have the option of calling the police. Instead, these people “take the law into their own hands” and settle the dispute in a violent manner. With legalization, the streets of Arizona would be free of this type of retaliatory violence.

The Cons of Recreational Marijuana

The Addictive Nature of Marijuana

Although marijuana advocates say that marijuana is not addictive, others disagree. Some research shows that extended use of marijuana does lead to dependency, and when people stop ingesting the drug, they experience withdrawal symptoms.

The high produced by marijuana alters perception. People are only required to ingest a small dose of marijuana to significantly impair their ability to drive. Most of the accidents on the highways involve a motorist who was under the influence of marijuana. 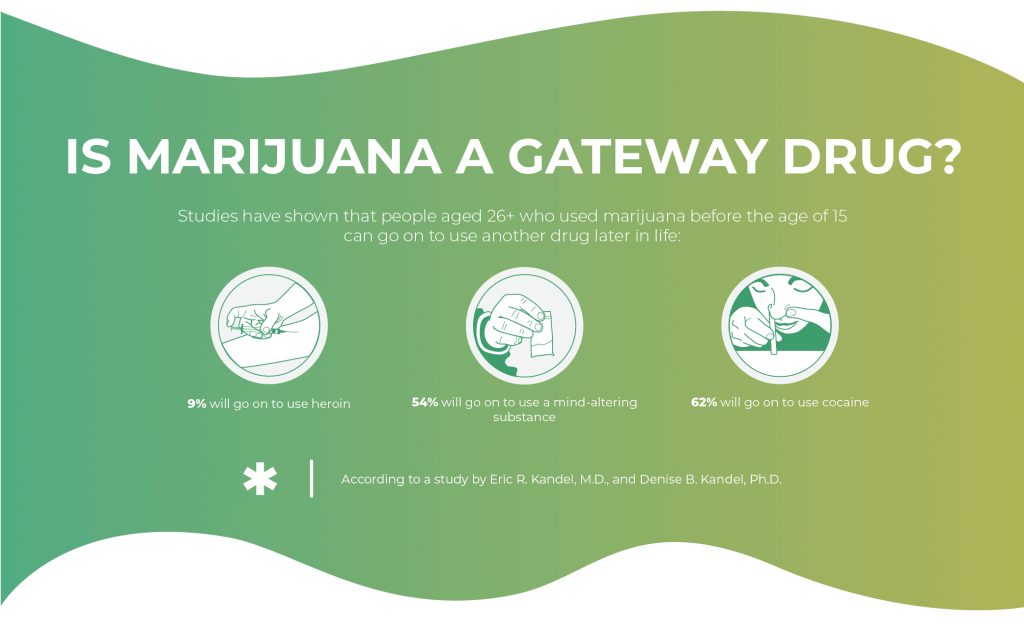 Some people have said that marijuana leads to the use of even more perilous substances, and researchers have discovered that marijuana sometimes leads users to begin taking prescription medications. If marijuana were to be legalized, the cost of drug treatment would increase as these individuals become addicted to other drugs.

The Effect on the Brain

Marijuana users are known for their faulty memories. This is not a myth; it is really true. Studies have shown that while a person smokes marijuana, the blood vessels in his brain become restricted, and this lasts even after he has stopped smoking for one month!

Marijuana also plays a role in the development of depression and schizophrenia. Scientists cannot say that marijuana causes conditions such as these, but they can state that use of the drug is related to them in some way.

After someone smokes marijuana, a person’s heart rate increases from 20 percent to 100 percent, and it remains at that level for approximately three hours. This increases a person’s risk of heart attack, heart palpitations and arrhythmia. Senior citizens and those with heart conditions are particularly vulnerable to these effects of marijuana.

Marijuana’s Effect on the Lungs

A marijuana smoker receives twice as many carcinogens as those obtained from tobacco. The reason is that a cigarette smoker doesn’t inhale as deeply as a smoker of marijuana. Plus, the act of inhaling deeply exposes the lungs to these carcinogens for a longer period of time.

Should Recreational Marijuana be Legalized in Arizona?

It’s difficult to say whether marijuana for recreational purposes should be legalized in Arizona. There will always be strong advocates for and against marijuana use. If it does get legalized for “fun” purposes, it’s extremely important that each person make a conscious decision whether they use smoke marijuana or not, as there may be more negatives against it than positives.