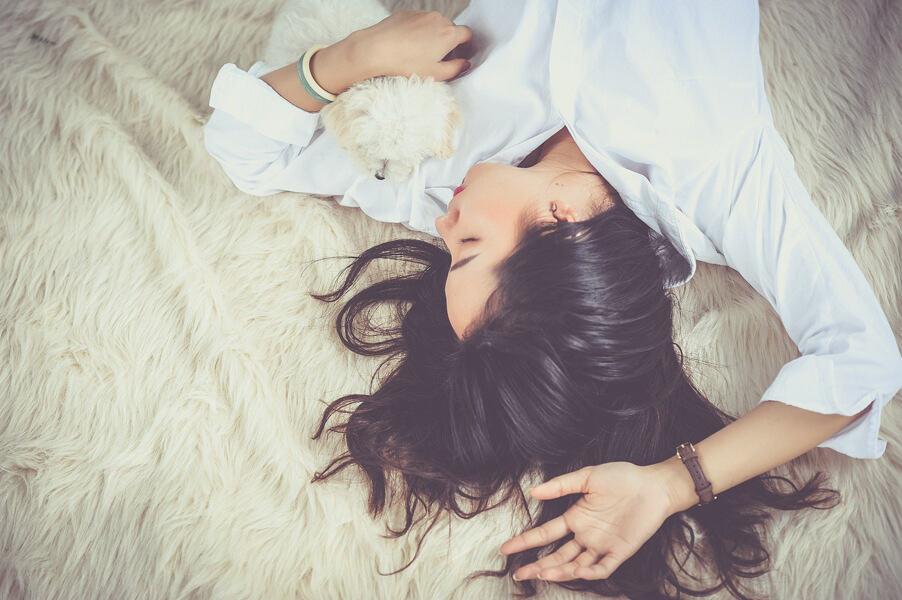 August 31, 2021, marks the 20th anniversary of International Overdose Awareness Day, begun in 2001 by Sally Finn of The Salvation Army in St Kilda, Australia. It is the world’s largest annual event to end drug overdose and is recognized in over 40 countries worldwide, including here in the U.S., Australia, the United Kingdom, Canada, and most European countries.

Despite the many undeniable risks involved – infection, mental illness, disease, overdose, and perhaps death – drug use around the world remains a growing public health crisis, with current estimates putting the number of global users at around 275 million – an increase of 22% in the past decade.

As a result, all around the world, more and more people are dying from an overdose brought about by their drug use, as illegal drug supplies are being deliberately contaminated with powerful, yet cheaper synthetic opioids, predominantly fentanyl.

Whether it’s the use of counterfeit “prescription” drugs or the continued use of traditional illicit drugs, like heroin, cocaine and psychostimulants, such as methamphetamine, synthetic opioids are now being found in virtually every illegal drug supply in the majority of Western countries, Asia, and beyond. In the U.S. alone, 2020 saw record numbers of drug overdose deaths – 93,331, to be exact – a rise of nearly 30% on the previous year, and the largest single-year percentage increase on record since 1999.

The result of all this? Today, record numbers of people continue to die because drug potency has increased beyond all previous recognition, and many drug users have no idea that their supply has also been laced with a powerful synthetic opioid like fentanyl, meaning their latest “fix” has become a potentially lethal one.

Currently, for example, someone in the U.S. dies of a drug overdose every 6 minutes…

Although the opioid epidemic is mostly being witnessed in the U.S., the contamination of the illicit drug supply from fentanyl and fentanyl derivatives is not solely confined here. In fact, its more widespread use is now being seen in Europe, in Russia, in North and West Africa, in much of Asia, and in Australia and New Zealand.

This growing problem is also being magnified and worsened by the arrival of new fentanyl/opioid production centers, both in Russia and Asia’s infamous drug-producing “Golden Triangle,” seemingly to replace the Chinese production labs forced to close by the country’s authorities. In the United Nations’ “World Drug Report 2021” publication, the authors state: “Communicating facts about drugs and promoting science-based interventions is an absolute necessity if we are to reduce demand and supply of drugs, while also facilitating access to controlled medicines for those in need. It is also the surest path to eliminating stigmatization and discrimination and providing adequate treatment, as 7 in 8 people who suffer from drug use disorders remain without the appropriate care.”

The national opioid crisis in the U.S., now being driven by even more potent drugs like fentanyl, sparked a massive, record rise in fatal drug overdoses across the country during 2020, the likes of which has never been seen before.

The National Center for Health Statistics (NCHS), part of the Centers for Disease Control & Prevention (CDC), announced on Wednesday, July 14th. that the U.S. saw a staggering 93,331 fatal drug overdoses across the country during the previous year – a huge increase of 29.4% across the nation as a whole. Here in Arizona, the increase in mortality stands even higher than the national average – at 33.7%.

To put this national number of deaths into perspective, during 2020, 256 people were dying from a drug overdose every single day somewhere in the U.S. – someone’s sister, brother, mother, father, or other loved one. That equates to someone dying needlessly from an accidental drug overdose every 6 short minutes.

Dr. Nora Volkow, Director of the National Institute on Drug Abuse, stated, “The COVID-19 pandemic created a devastating collision of health crises in America [and] an incredibly uncertain and stressful time for many people. We are seeing an increase in drug consumption, difficulty in accessing life-saving treatments for substance use disorders, and a tragic rise in overdose deaths.”

Breaking this huge number of 93,331 down, opioids in general, including prescription pain medicine, caused 74.7% (around three-quarters) of all overdose deaths last year, according to the CDC. The number of cases where at least one opioid was present rose to 69,710, an increase of nearly 18,000.

In Europe, last year’s “European Monitoring Centre for Drugs and Drug Addiction” drug report stated that 1 in every 5 of those entering drug treatment for an opioid-related problem now reports a synthetic opioid, rather than heroin, as their main problem drug. Additionally, synthetic opioids are becoming more commonly detected in drug overdose cases.

The report mentions that around 50 new synthetic opioids have been reported to the EU Early Warning System on new psychoactive substances, and have been linked to both severe poisonings and deaths. Specifically, some, like carfentanil, are extremely potent, and difficult to detect, as they can be trafficked in very small quantities, but can equate to many thousands of user doses.

Although the opioid epidemic is mostly being witnessed in the U.S., as we have stated the contamination of the illicit drug supply from fentanyl is not solely confined there. In the United Kingdom, for example, deaths from drug overdose in England and Wales in 2020 reached a record high – 4,561, a year-on-year increase of 3.8% – with half of those deaths involving fentanyl or another opiate.

Although Russia is infamous for its potent home-produced vodka and the accompanying high ratio of alcoholics, there are also millions of people suffering from a range of drug addictions, including opioid use disorder (OUD), in the country. However, it wasn’t always like this, as drugs only became a massive problem in Russia after the collapse of the Soviet Union.

Once the borders had opened up,  there was a huge influx of drugs. Russia wasn’t prepared, with not enough awareness or control. As a consequence, huge numbers of people became addicted. The government has since introduced tough criminal measures, like long prison sentences, to fight drug use, which is why 1 in 3 prisoners in Russia was incarcerated for crimes like simple possession.

Lastly, following the start of the pandemic, China has finally closed down many of its illegal opioid labs. Ironically, Wuhan, the supposed site of the first coronavirus infections, was originally a major area for opioid production. Due to this vacuum, criminal drug enterprises in Russia, along with Asia’s Golden triangle region, have stepped in to capture the vacant markets for opioid production.

In a clear sign that the drug syndicates of Asia have begun to manufacture opioids in significant quantities in the region’s “Golden Triangle” (a huge area where the borders of Thailand, Laos, and Myanmar meet at the confluence of the Ruak and Mekong rivers), anti-narcotics police recently intercepted more than 3,700 litres of methylfentanyl in northern Myanmar. Methylfentanyl (also known pharmacologically as mefentanyl) is an extremely powerful fentanyl derivative, more than 100 times more powerful than heroin.

The haul of the fentanyl derivative was part of Asia’s biggest-ever seizure of illicit drugs, precursors, and drug-making equipment, which also included 193 million methamphetamine tablets known as “yaba.” At 17.5 tonnes, the yaba almost equaled the amount seized in the previous 2 whole years in Myanmar.

Australia, the home of International Overdose Awareness Day, and like other affluent and expansive nations like the U.S. and Canada, has long had an issue with drug and alcohol consumption, and a “traditional” illicit drug market. However, like the rest of the world, it is seeing more and more of its illegal drug supply, such as cocaine and methamphetamine, being laced with potent synthetic opioids, such as fentanyl and acetyl-fentanyl.

Health authorities in New South Wales issued health warnings to the public throughout 2020, after people presented to emergency rooms suffering from symptoms of opioid toxicity – a result of consuming powdered fentanyl and acetyl-fentanyl accidentally, thinking that they were actually taking one of the stimulant drugs  – cocaine and meth.

Now in its 20th year, International Overdose Awareness Day on 31 August is designed to gives us the opportunity to “raise awareness of overdose and reduce the stigma of a drug-related death. It also acknowledges the grief felt by families and friends remembering those who have met with death or permanent injury as a result of drug overdose.”

Since 2012, overdose awareness day has been overseen by Melbourne’s Penington Institute, a not-for-profit drug policy, and research organization. Founded by needle exchange workers and people with lived experience of drug use in 1995, The Association of Needle Exchanges (ANEX) grew into Penington Institute, named in honor of Emeritus Professor David Penington, who led Australia’s early fight against HIV/AIDS. The Institute focuses on promoting effective strategies, frontline workforce education, and public awareness activities.

International Overdose Awareness Day’s primary aims are to raise awareness of overdose and to reduce the stigma of drug-related death and continues to spread its message that drug overdose is preventable, with its key themes of prevention and remembrance. Its goals include:

Harm Reduction & The Changing Landscape of Illicit Drug Use

It will take many more tragic statistics of drug mortality around the world before a workable, practical, and successful solution is ever found to this huge global crisis. For example, the United Nations currently predicts that, by 2030, the number of people using drugs will rise a further 11% around the world, and as much as 40% in Africa alone.

If a solution is ever found, it will probably involve the kind of endeavor that International Overdose Awareness Day founder Sally Finn was actively engaged in while coming up with her “awareness day” idea. Finn was then working in a Needle & Syringe Program (NSP) in a Melbourne suburb, one of the city’s harm reduction initiatives.

However, it will need to be an all-encompassing range of harm reduction initiatives and strategies on a massively huge scale for each and every one of the countries involved.

What is Harm Reduction?

Although there is no universally accepted definition of harm reduction, Harm Reduction International, a non-government organization (NGO) in Special Consultative Status with the Economic and Social Council of the United Nations, offers this description:

“Harm reduction refers to policies, programs, and practices that aim to minimize negative health, social, and legal impacts associated with drug use, drug policies, and drug laws. It encompasses a range of health and social services and practices that apply to illicit and licit drugs.” – Harm Reduction International

Harm reduction strategies, when put into practice, include: