Furthermore, again according to the 2020 Mid-Year Opioid Update from the Chicago Department of Public Health (CDPH), the vast majority – 82% (or over 4 in 5) – of these premature overdose deaths indicated the presence of the synthetic opioid fentanyl in the deceased’s toxicology report.

“We haven’t seen anything like this since heroin first hit the streets more than 100 years ago. It’s more useful to think of the fentanyl crisis as a mass poisoning than as a traditional drug epidemic. The margin of error is so narrow – one more milligram, and that could put you in the grave.” – Bryce Pardo, associate policy researcher, RAND Corporation, and lead author of “The Future of Fentanyl and Other Synthetic Opioids”

In fact, at one point during 2020, Dr. Richard Jorgensen, the DuPage County Coroner, was so shocked to witness an astounding 22 drug overdose deaths in one 3-week period, he immediately contacted all the local drug rehab clinics and advocates to see if they could explain the sudden high death rate.

After speaking with them, Jorgensen reported, “They’ve been seeing the same thing – a lot of people calling with problems, having trouble staying sober, having [opioid-related] relapses. If you’re alone, there’s nobody to give you the Narcan [the opioid overdose reversal drug]. That’s a problem.”

Without a doubt, this is a defining and disturbing new aspect of the current national opioid epidemic; the “fentanyl crisis” is undoubtedly here now, exactly as predicted by a wealth of substance addiction and mental health experts in recent years – it’s spreading rapidly, and taking more and more lives prematurely. 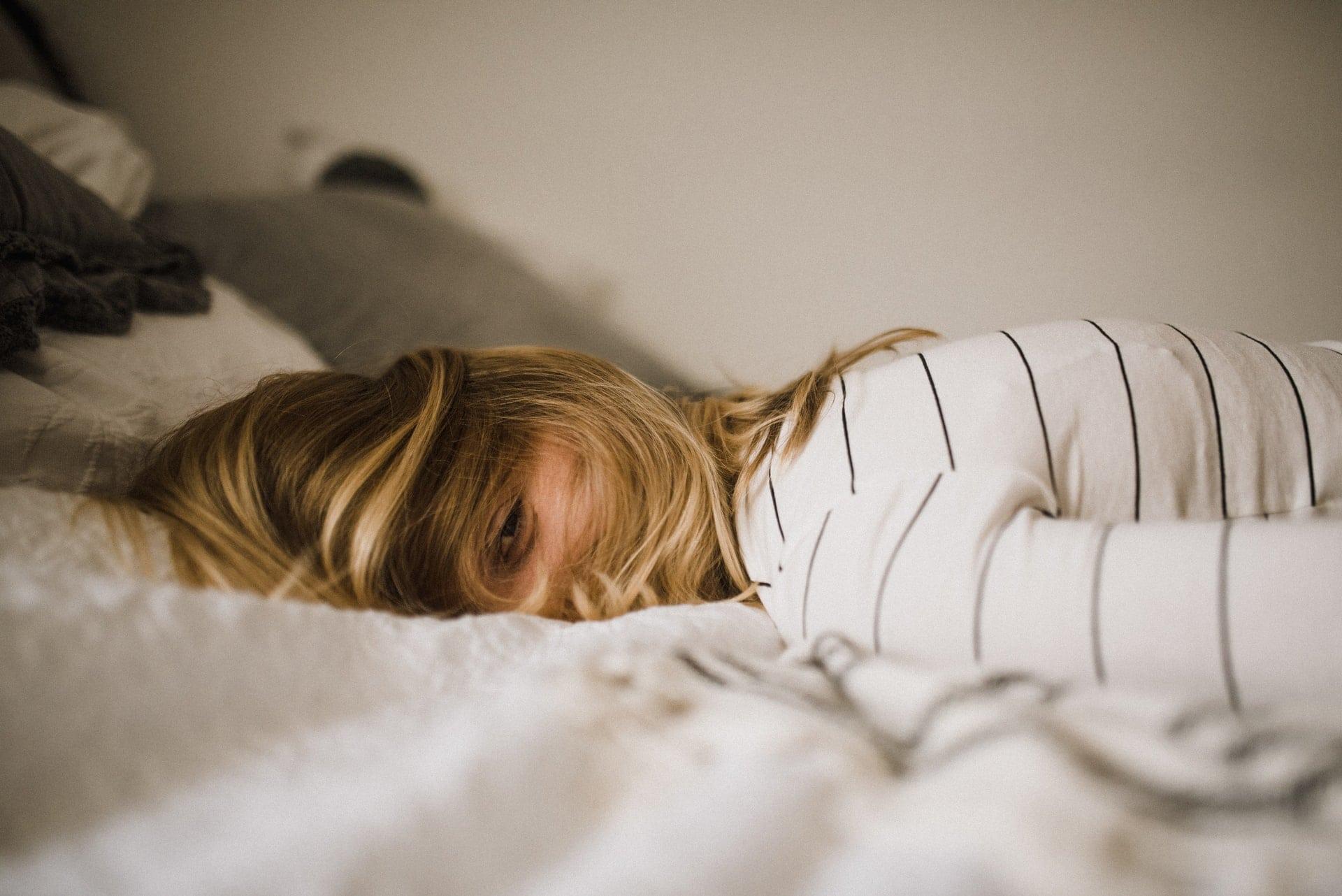 Why is Fentanyl Causing So Many Fatal Overdoses?

Fentanyl, a synthetic opioid produced in both legal and illegal laboratories, is now the primary factor, according to the National Institute on Drug Abuse (NIDA), in the majority of the fatal drug overdoses in the U.S. for two reasons:

STRUGGLING WITH A DRUG PROBLEM?
YOU’RE NOT ALONE!

The Future of Fentanyl

In 2019, the highly respected RAND Corporation, a non-profit research and analysis institution,  published their “The Future of Fentanyl and Other Synthetic Opioids” research report, which accurately predicted what we are seeing with fentanyl now, and in more and more parts of the U.S.

Their report’s findings and predictions for the future back then are now becoming hardened factual outcomes right now. For example, the RAND report stated:

The RAND Corporation is certainly not wrong on that last point regarding “detection challenges,” which is backed up by the DEA themselves:

“One thing we know for sure: The violent drug cartels and distributors have not stopped trafficking deadly fentanyl. The recent spike of overdose deaths emphasizes that the opioid and fentanyl epidemic has not paused – in fact, it has intensified in many places.” – Robert Bell, the DEA special agent in charge of the Chicago Field Division Chicago: A City in Mental Despair

These dramatic fatal overdose statistics for Chicagoland, as troubling as they are, come at one of the worst possible times for the city, the state of Illinois, and the rest of the U.S., as well.

The coronavirus pandemic has caused untold and previously unseen social and economic damage to the nation, leaving many demographics of the population concerned about food insecurity, employment, childcare, and simply making the rent, in addition to important public health services and other institutions being stretched to near-breaking point.

The trouble is – the coronavirus pandemic has not stopped there.

Like an abrupt and violent earthquake, the pandemic will have serious after-shocks, and one of those concerns the already declining state of mental health and wellbeing within the U.S. population.

Just like the fentanyl crisis we are now entrenched in, psychology and addiction experts are predicting our next public health crisis will revolve around neuropsychiatric illnesses, diagnosed mental health disorders, and associated behavioral issues, emanating from both social isolation and stress and as a result of being positive for the coronavirus, regardless of whether you were hospitalized or not.

According to an analysis of existing data by the psychiatry department at the University of Oxford, England, 1 in 8 people (13%) who have had Covid-19 are being diagnosed with their first psychiatric or neurological illness within 6 months of testing positive for the virus. It is important to remember, as of the middle of January 2021, the U.S. has already seen around 25 million confirmed cases of coronavirus.

Additionally,  the analysis further found that those figures rose to an alarming 1 in 3 (33.6%) when patients with a previous history of psychiatric or neurological illnesses were included. As we know, a previous history of poor mental health is a factor in the development of substance addiction, and vice versa.

Their results add to an emerging body of evidence that stresses the potential toll of the virus on mental health and brain disorders. Did you know that medical scientists and researchers have long known that the inflammation caused by this type of virus weakens the protective barrier of the central nervous system, and allows blood-borne cells used to fight the virus to enter the brain, resulting in mental illness or brain disorders? This particular analytical study looked at the electronic records of 236,379 hospitalized and non-hospitalized U.S. patients with a confirmed diagnosis of Covid-19 who survived the disease, comparing them with a group who were diagnosed with influenza, and another cohort group – this time diagnosed with respiratory tract infections. All patients’ records showed a diagnosis between January 20 and 13 December 13, 2020.

Furthermore, the analysis accounted for known risk factors such as age, sex, race, underlying physical and mental conditions, and socio-economic deprivation, found that the incidence of mental illness – either neurological or psychiatric conditions – post-Covid and within 6 months was 33.6%. Nearly 13% received their first ever such diagnosis.

The study also found that some diagnoses were more common after Covid-19, than after influenza or other respiratory infections. These included stroke, acute bleeding inside the skull or brain, dementia, and psychotic disorders.

Overall, Covid-19 was associated with increased risk of these diagnoses, but the incidence was greater in patients who required hospital treatment, and markedly so in those who later developed brain disease.

“We face a broad range of mental health issues, including the acute problems of opioid addiction and increasing rates of depression and suicide. I think one of the great tragedies is that some of the most seriously mentally ill individuals are homeless or are caught in a revolving door between prison and the street.” – Dr. Darrell G. Kirch, President and CEO, Association of American Medical Colleges (AAMC)

In fact, one clinical therapist from St. Paul, in Minnesota, recently stated, “I keep seeing all of these articles saying ‘the next wave of the pandemic will be in mental health’ or ‘mental health will be the next frontlines’ or ‘a mental health crisis is coming’ and I’m like… are we not already there? Because I think we’re already there. Everyone I know has a full caseload and is booked months out, like if there is an even bigger wave coming, I don’t know how the system handles that when it seems already at capacity.”

One economics expert in Chicago – Casey Mulligan, professor of economics at the University of Chicago – believes he has found evidence of a dramatic trend in the “incidence of excess mortality” of working aged men in the city, either through opioid abuse and overdose (including fentanyl), suicide, or alcoholism and alcohol-related disease.

Prof. Mulligan’s working research paper (featured by the National Bureau of Economic Research) looked at excess deaths in the year of COVID-19 and found strong evidence that these types of deaths were being disproportionately experienced by working-aged men (in the age range of 15-55 years old) in Chicago.

Prof. Mulligan refers to these deaths among Chicago’s male working population as “Deaths of Despair” – a phrase originally coined by husband-and-wife professors, Anne Case and Angus Deaton (the 2015 Nobel Prize for Economics winner, no less), in their expansive research book “Deaths of Despair and the Future of Capitalism.”

According to his research, Prof. Mulligan stated that one age range – 15-24 years old, and the youngest of the working men demographic – saw a phenomenal 492% increase in fatal opioid-related overdoses.

Furthermore, Mulligan cites the predominant factor in his findings was the significant increase across all “working aged man” demographics in the use of synthetic opioids – specifically, fentanyl and fentanyl analogs.

The public health of the U.S. is coming under more and more strain as the coronavirus vaccine rollout slowly moves into gear. This new, upcoming public health emergency will place more and more people with an opioid use disorder (OUD) under further hardship in their attempt to seek the necessary treatment they need.

At SpringBoard Recovery, we can help you, regardless of where you live. In fact, finding addiction treatment out of your home state can be a true blessing in disguise, especially if you consider Arizona, with its wonderful climate. Additionally, find treatment out-of-state enables you to free yourself from the distractions, temptations and possible relapse triggers of your local area.

Our range of drug treatment programs are designed to ensure you have the best possible chance to move on with your life, opioid-free, and working towards a sustainable recovery. Contact us today.