According to Dr. Jessica Mellinger, a liver specialist working in the University of Michigan’s health system, and the author of a study report entitled “Alcohol-Related Cirrhosis Patients Are Sicker, Costlier And Often Female,” the number of young women suffering from alcoholic liver disease, a spectrum of specific liver-related diseases, has risen by an exceptionally alarming 30% during the last year.

The spectrum of alcoholic liver diseases, which includes fatty liver, and its progression to potentially fatal alcoholic hepatitis and alcoholic cirrhosis, is caused by the sufferer’s high alcohol consumption over a significant period of time.

Dr. Mellinger’s study, which involved the analysis of around 100 million private health insurance claims over a 7-year period, and which initially focused on cases of cirrhosis of the liver, found that more than one-third were directly related to alcohol misuse. Furthermore, the study showed a 50% increase in women for alcohol-related cirrhosis during the 7-year analysis period, whereas men showed only a 30% increase.

Dr. Mellinger stated that when this evidential data is considered alongside the near-double rate of alcohol use disorder (AUD) diagnosis in women compared to men in recent years, “It tells me that this is a big problem. By demonstrating that alcohol-related cirrhosis is a high-burden health care problem that could be prevented, we hope that it will increase funding for early detection of alcohol use and for greater utilization of alcohol-use treatment programs.”

Additionally, Dr. Mellinger stated, “In my conversations with my colleagues at other institutions, everybody is saying the same thing:

The Centers for Disease Control and Prevention (CDC) has yet to compile any data on actual hospitalizations from alcoholic liver disease since 2020 began. However, the last statistical findings in the U.S. presented a worrying picture:

Here in Arizona, during the last 12-month period of available data, the deaths per 100,000 rate was significantly higher than the U.S. average – at 14.5.

“With the COVID pandemic, we’ve seen increases in anxiety and in depression. Those are factors that can put a teenager or young adult on a trajectory for higher risk of substance use disorders.” – Dr. Nora Volkow, Director of the National Institute on Drug Abuse (NIDA)

Although statistically liver diseases still affect more men, in recent times, younger women have been driving the increase in mortality, a worrying trend that began several years ago and that has now been worsened by the coronavirus pandemic. Dr. Mellinger further stated,

“We’re seeing kids in their late 20s and early 30s with a disease that we previously thought was kind of exclusive to middle age.”

It is worth remembering that although mainstream media headlines on substance use and addiction focus virtually entirely on the continuing opioid epidemic, as the CDC now estimates that 88,000 drug overdose deaths, the highest number of overdose deaths ever recorded in a 12-month period, occurred from August 2019-August, 2020, this is still lower than the number of people who die from alcohol-related causes every year in the U.S., which now stands at around 95,000.

As we have seen, nearly half of these yearly alcohol-related deaths are caused by alcoholic liver disease alone. 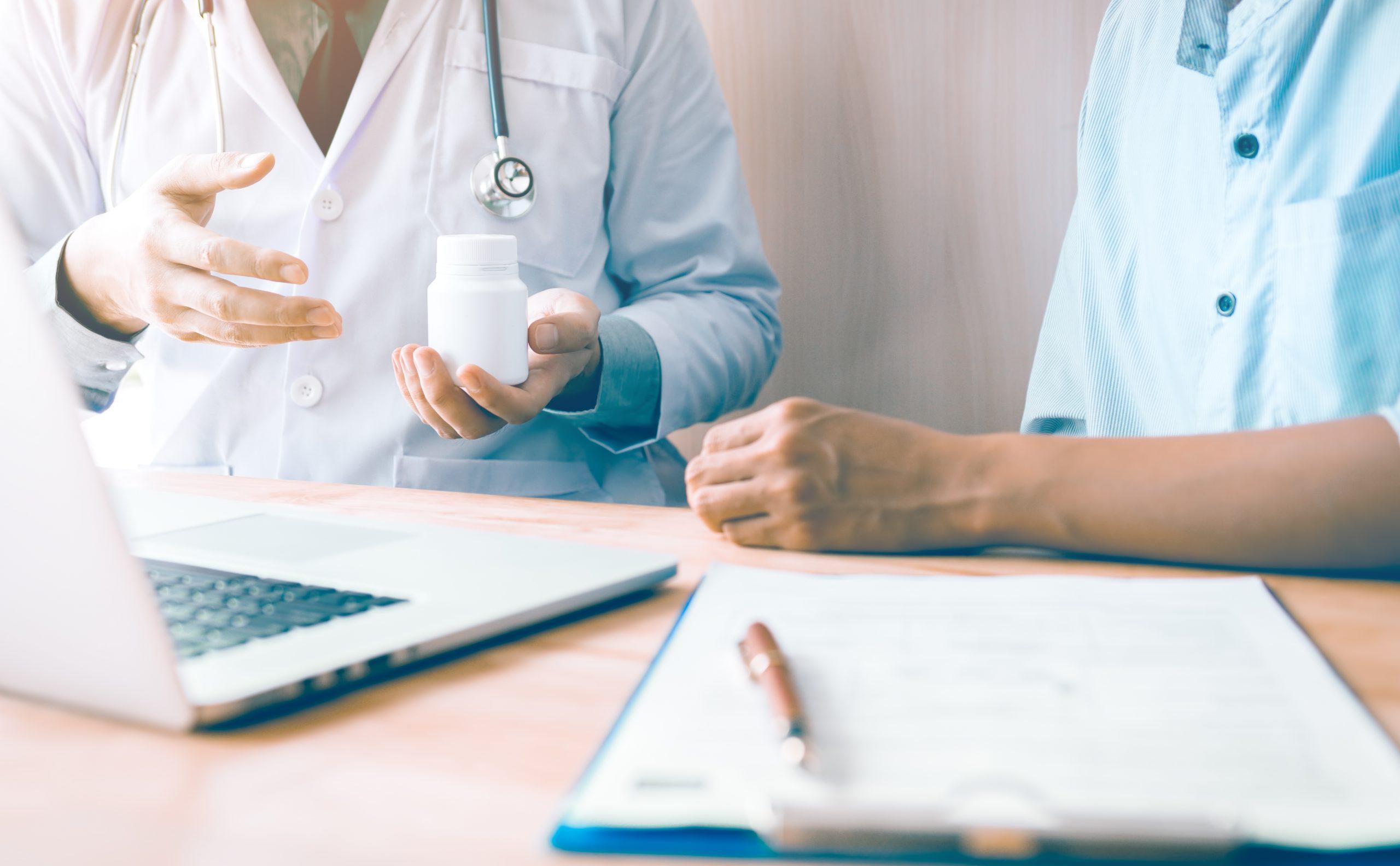 What is Alcoholic Liver Disease?

There are 3 main stages of ARLD, although, more often than not, there is an overlap of the conditions at each stage; these stages are:

Because now there is the probability of the noticeable presence of symptoms, it may be the first occasion when the individual realizes they are consuming too much alcohol. Furthermore, the liver damage sustained from mild alcoholic hepatitis is usually reversible if you stop drinking permanently. Severe alcoholic hepatitis, on the other hand, is a serious and life-threatening illness, and many people die from the condition every year in the U.S.

Additionally, there are a number of life-threatening complications associated with ARLD, which include:

What is the Liver’s Function?

Not including the brain, the liver is the most complex organ in the human body. It performs a number of different functions, which include:

Although we are discussing how alcohol can damage the organ, sometimes beyond repair, the liver is actually very resilient and capable of regeneration. However, every time your liver goes through the toxin filtration process (alcohol is a toxic substance), a number of liver cells die.

Although the liver can regenerate cells that have been lost, and develop new cells, prolonged alcohol abuse over an extended period of time will reduce its ability to do this, resulting in serious, permanent liver damage. Unfortunately, by the time physical symptoms of ARLD normally become apparent, the liver has already undergone considerable damage. When this does happen, however, these symptoms can include:

Because of this symptomatic delay, ARLD is often diagnosed during medical tests for other conditions, or at a stage when liver damage is clearly advanced.

Although ARLD is a serious, sometimes fatal disease, treatment options are very limited, with the most obvious one remaining the complete cessation of alcohol use, and preferably for the rest of your life. If someone is unable to stop drinking without support, an alcohol detox and rehab program, either as an inpatient or an outpatient, is highly recommended.

Additionally, those with ARLD have depleted levels of vitamin A, so a course of these is also advisable. Furthermore, a liver transplant is a possibility, but this is usually only performed if you have developed complications of cirrhosis despite having stopped drinking.

To exemplify the seriousness of alcoholic-related liver disease (ARLD), we spoke with one of the young and talented professional women affected by this physical illness, and the real extent of its cause – a severe alcohol use disorder.

Jessica Duenas, a 36-year-old teacher from Kentucky, readily admits that, like many alcoholics, she has lived a double life for many years. The first in her immigrant family to go to college, Jessica won the 2019 Kentucky Teacher of the Year award – all the while drinking nearly a liter of hard liquor every single night. Jessica would later describe herself, “I am a first-generation American, grew up in one of Brooklyn’s roughest neighborhoods, excelled academically, and later became a nationally recognized award-winning educator as the Teacher of the Year. I am alcoholic, and I’ve been suffering in silence for years.”

Photos (from left to right): 1 & 2. Jessica’s childhood; 3. Jessica as the 2019 Kentucky Teacher of the Year; 4. Jessica on arrival in one of the many addiction rehabs she has attended

Source: Used with the kind permission of Jessica Duenas

By the time Jessica was 34, unsurprisingly, she was diagnosed with alcoholic hepatitis, the serious second stage of alcohol-related liver disease; her doctors advised her that if she failed to stop drinking, it would rapidly result in the irreversible scarring of her liver, potentially leading to liver failure and, yes, death.

Jessica recalled, “I couldn’t keep down any food. My belly was super sensitive like if I pressed on certain parts of it, it would hurt a lot. My eyes were starting to get yellowish.” It soon dawned on the talented teacher: “My secret’s out.”

The harder she tried to cut down on her drinking, the more Jessica actually did drink, and soon became disheartened by her abject failure in this aspect of her life when, professionally, all seemed to be going so well: “I felt so terrible about who I was as a person because of my addiction – I just threw myself into everything else to make everything else look good.”

On New Year’s Day, 2020, she checked herself into rehab. As the world began to enforce lockdowns with the spread of the coronavirus pandemic, Jessica attended her mutual aid recovery meetings online, using Zoom. “Telling a story is one of the most powerful ways in which to inspire others. I hope that this site, by telling my story and those of others, can help inspire other addicts to change their lives.”

Source: Used with the kind permission of Jessica Duenas

On April 11, Jessica was suddenly facing a huge personal loss. She learned Ian, her long-term boyfriend (and also in addiction recovery) was now relapsing on heroin. A couple of weeks later, Jessica, accompanied by the police, found him dead in his apartment – another victim of the rising number of fatal drug overdoses that occurred during the pandemic. It was only a few days after his 42nd birthday.

“Everything was a blur until the coroner let me in. I saw him lifeless, and there went my sobriety. At that moment, I thought my dreams of a future vanished, dreams of marriage and a family, just gone. I was utterly devastated and horrified.” Unsurprisingly, Jessica, at an early stage of addiction recovery herself, rapidly relapsed. The next 8 months or so were just a blur, yet included 8 hospitalizations, a serious car wreck, and repeated, unsuccessful stays in rehab.

Last November 2020, Jessica stood, figuratively, at a major crossroads in her life; to save her life or to lose it to alcohol. Thankfully, she made the decision to whole-heartedly surrender to the fundamental life changes that needed to be made. Jessica resigned from her beloved teaching position to give herself over fully to her recovery. Not long after, she began a story-based website – Bottomless to Sober, which publishes her and others’ stories of the many challenges of recovery from substance addiction.

If you would like to learn more about professional alcohol addiction treatment, SpringBoard Recovery, located in Scottsdale, Arizona, has trained specialists ready now to take your call, to comprehensively answer all of your questions, and to offer expert advice on what you should do now. Call us today to find out more.