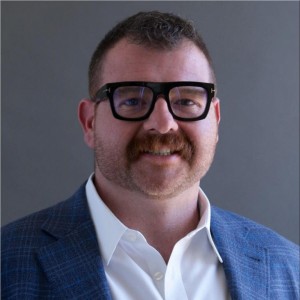 Alcoholics Anonymous, other 12-Step programs, and similar mutual-help programs have long existed on the periphery of professional addiction treatment and recovery, providing popular local and low-cost community-based meetings for its members, and a vital sense of fellowship as individuals seek to live a life abstinent from the addictive substances that have proven so detrimental and damaging personally, socially and economically.

The world’s most widely available and most widely used mutual-help program is Alcoholics Anonymous (AA), which has helped countless millions of alcoholic individuals find sustained respite from their chronic disease throughout its 85-year history.

However, the late 20th century saw clinical scientists and addiction experts begin to question and debate its actual effectiveness, citing a lack of cohesive and reliable data to accurately ascertain AA’s position in the field of recognized addiction therapy – if it had an actual position at all.

Now, the long wait for a referenced research study about the overall effectiveness of AA and similar mutual-help programs is over – with one that has professionally collated all existing collected data (subject to strict criteria), determined initially if that data is cohesive and reliable, analyzed all of the diverse findings, and, finally, produced clear, scientifically-proven results. Entitled “Alcoholics Anonymous & Other 12-Step Programs for Alcohol Use Disorder,” and published by the Recovery Research Institute, a leading nonprofit research institute of Massachusetts General Hospital (an affiliate of Harvard Medical School), the research study not only looked at AA itself, but it also included “Twelve-Step Facilitation” (TSF) therapy, an active engagement strategy that systematically and directly links individuals in recovery to 12-step mutual-help organizations, like AA, and encourages the active participation of those individuals.

Before we look in detail at the overall results of this study, and how these can benefit all those involved in addiction treatment and recovery – the patients and their families, the addiction treatment providers (eg. rehab centers and addiction services), the scientific community, and the policymakers – let’s, however, provide a quick summary of its findings, in terms of both effectiveness and cost:

Specifically, in a 3-year follow up study of individuals with severe AUD, it was found that AA participants had alcohol-related outcomes similar to outpatients receiving clinical addiction treatment, yet the alcohol-related health care costs associated with AA participation were 45% lower (with $2,856 saved per person) What Does This New Mutual-Help Study Mean For Addiction Recovery?

In simple terms, there is a fundamentally strong and now proven case for mutual-help groups (through organizations like AA or the more scientifically-based SMART Recovery – Self-Management And Recovery Training) to play an even greater role than they currently do in the field of professional addiction treatment.

Additionally, to make matters even clearer, “mutual-help” is not a new concept – the methodology of a peer-based group support system, in essence, has long been established as an essential behavioral therapy in the field of substance addiction, and a significant part of its evidence-based treatment.

Furthermore, again according to NIDA, Twelve-Step Facilitation (TSF), as mentioned above as behavioral therapy, is classified as an “evidence-based approach” – along with other more science-based therapies such as Cognitive-Behavioral Therapy (CBT) and Motivational Enhancement Therapy (MET).

In fact, before we go on to look in detail to see how the study compared TSF with both CBT and MET, let’s first look at the actual principles and assumptions of TSF.

TSF is a therapeutic strategy designed to increase the likelihood of an individual becoming affiliated with and actively involved in 12-step groups (in no way is it viewed as a condition of treatment) – thus promoting abstinence as a treatment goal and a vital way forward during long-term recovery.

TSF originated from the Minnesota Model of addiction treatment (also known as the “abstinence model”), created in the 1950s. The primary objective of the Minnesota Model is engaging patients with AA and other 12-step mutual-help organizations in their local community.

Kathleen Carroll, Joseph Nowinski, and Stuart Baker developed the first manualized TSF as part of the randomized trial called “Project MATCH” in the early 1990s (“MATCH” stands for “Matching Alcoholism Treatment to Client Heterogeneity”). Several studies during the trial demonstrated that TSF was as or more effective at enhancing abstinence over time than Motivational Enhancement Therapy (MET), and a cognitive-behavioral approach. The strategy revolves around 3 core ideas, which are:

Many early studies on the AA highlighted its benefits – however, the methodology and criteria of many of these studies have been endlessly questioned, and, even up to the late 1980s, there had been very few randomized controlled trials or studies. Then, in the early 1990s, the U.S. National Institute of Alcohol Abuse and Alcoholism (NIAAA) called for a far more rigorous investigation of AA.

Researchers responded by (i). developing increasingly sophisticated methods for evaluating AA, and (ii). testing its clinical interventions, and (iii). developing a rigid methodology to compare such interventions to other treatments, such as CBT and MET. This new systematic review and meta-analysis is the result of this ongoing work.

The review study was conducted through the Cochrane Library of systematic reviews, considered the gold standard in scientific rigor for medical research. This particular report on AA represents the most comprehensive and up-to-date review and analysis of the scientific literature on AA. An official summary of its findings was subsequently published in “Alcohol & Alcoholism.”

The report centered on:

Additionally, the selected studies were evaluated using the Cochrane Risk of Bias criteria, and studies that looked at costs were evaluated separately for quality using the Evers checklist for economic evaluations. Across the 27 included studies, all participants were clinically diagnosed with alcohol use disorder (AUD), and the average sample age ranged from 34.2 to 51.0 years.

EFFECTIVENESS: In essence, this comprehensive report found that AA produces rates of alcohol abstinence and alcohol use comparable to first-line clinical interventions (eg. CBT), and outperforms them over follow-up. Therefore, the results showed that:

A more detailed look at the report’s findings finds that even the most rigorous studies employing a randomized, controlled trial* with AA/TSF, and then comparing with a different “theoretical orientation” (treatment therapy), such as CBT (cognitive-behavioral therapy), resulted in no clear difference between the clinical treatments at the end of their respective treatment lengths.

*Randomized, Controlled Trial (RCT): A study where participants are assigned into either an experimental group or a control group. As the study is conducted, the only expected difference between the control and experimental groups in a randomized controlled trial (RCT) is the outcome variable

**A Non-Randomized, Controlled Trial (NRCT): A study where participants are specifically assigned into either an experimental group or a control group

All of the above individual findings confirm the overall finding that participation in AA, either via the TSF strategy or not, results in a comparable or better rate of abstinence.

COST: The use of AA as a mutual-help group is associated with significant cost savings.

However, the study found that the alcohol-related health care costs associated with AA participation were 45% lower, with per-person savings of $,2856. Furthermore, it was found in the same study that inpatient program individuals using AA/TSF had higher abstinence rates, ie. 45.7% with AA/TSF, compared to 36.2% with CBT.

With regard to the addiction treatment of adolescents, one long-term study of adolescents aged 13-18 years that analyzed 2-year outcomes and associated healthcare costs found that AA/TSF program participants had 30% lower costs (totaling savings of around $3,678) when compared with CBT.

3. The Potential for Bias

The rigor of included studies was generally high; however, some evidence of research bias was noted. In the field of research, bias is a systematic distortion of the relationship between treatment, risk factor or exposure, and clinical outcomes. Although researchers obviously try to minimize bias potential in their studies, even well-designed studies can be vulnerable.

In this report, 11 of the 27 studies were rated as potentially high risk for selection bias. However, generally, the authors of the report considered the included studies to be of high quality, and their findings can be considered valid.

The various implications of this report affect all those involved in substance addiction treatment and outcomes, from the addicted individual and their families, right up to those individuals who decide actual state health policy. Here’s a breakdown of these implications:

The Role of TSF in AA Participation & Abstinence Outcomes

The authors of the report recognized that by including Twelve-Step Facilitation (TSF), in addition to AA, it was possible that TSF could be the element conferring all these benefits as a clinical intervention. In other words, TSF could somehow be helping patients independently of any benefits derived from actual AA participation.

Additionally, a clinician can powerfully influence the likelihood of an AUD individual’s participation in AA – hence, the demonstrated benefits of TSF clinical interventions. Lastly, it is important to note that TSF is an active intervention, and that is very different to more passive referrals to AA.

“Mutual-help” is a simple ethos that is intrinsic to our care, and is present throughout our treatment programs here at SpringBoard Recovery in Scottsdale, Arizona. All individuals that receive care and treatment in these programs are encouraged to participate actively in 12-Step meetings and explore the fellowship and teachings of AA. In fact, studying the “Big Book” – AA’s essential, go-to tome of recovery from substance addiction – is an integral part of each of our treatment programs.

Contact us today to find out how we can help you break free from the chains of substance addiction, and begin to look forward to your deserved, substance-free future.